My top 5 ideas for alternative dates.

I'll start by saying that I have been single for a very long time and have been on my fair share of dates, and the formula always seems to be the same, dinner, maybe a couple of drinks afterwards and that's about it. Sometimes maybe a film is thrown in, which to be fair is a good thing because while you can't talk in the movie, you do have a guaranteed topic of conversation afterwards in case of awkward silences. 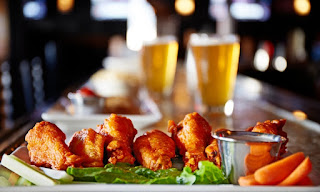 So, in no particular order are my top 5 ideas for dates that break out of the usual pattern.

Obviously this is an acquired taste, but if you pick something small and local then you'll get the fun of seeing some of the people in costume, see all of the stalls and things but you won't get the huge pressing crowds of a bigger convention. You and your date don't have to dress up obviously (although I probably would), but maybe challenge each other to wear your geekiest t-shirt or something.

I don't mean huge arenas to see a hugely famous comedian, not that there's anything wrong with that. I mean comedy clubs or small gigs by new comedians. They might be hit and miss, but if the comedy is bad then you and your date can have a laugh between you about how much they bombed. If they're good then that's even better, and like I mentioned with the cinema, if you grab a drink after then you have a guaranteed topic of conversation, which is great if it's a first date that you met online.

Small local bands or singers in pubs are a great place to go because you can have a drink while you're there, and if the conversation isn't flowing then you can just listen to the music rather than trying to fill the silence or force things. Plus you might discover a new band to love and if you end up together you'll be able to bond by going to their gigs together.

Most local museums tend to be free or reasonably cheap, and you get to learn more about the area together. Obviously it isn't for everyone, some people find museums boring, but there's one near me that has a real mummy which is amazing. You get to learn something, and it gives you an easy topic of conversation as you walk around.

5. Go Ape (or something similar where you live)

Obviously this doesn't specifically have to be Go Ape, but I mean something physical that can have you active and having fun together. If you and your date aren't into heights or anything that strenuous then perhaps a walk in the forest instead which is a lighter pace than an obstacle course in the tree tops. Perhaps set some sort of list of things to spot to add a bit more of a challenge to your walk. You could even go and feed the ducks just to get out in the open air.

So there you have it, my top 5 alternative date ideas. A couple of these are things that I've done on dates and some are things that I enjoy doing that I think would make good dates. If anyone has any other suggestions then why not add them in the comments, I'm always open to good ideas.

As a bonus idea for the festive season (not available all year round which is why it didn't make the list) why not go to a Christmas market. Music and stalls and food and beer, what could be better then wrapping up warm and getting in to the Christmas spirit for a night. 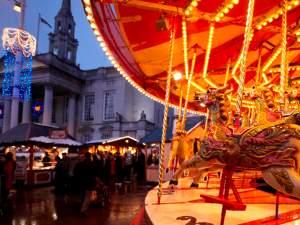