So guys, this is the first post in a section that will be titled Miscellaneous Ramblings. Basically my random thoughts on books and movies, or in this case comparing similarities and differences in 2 films that at first glance are very different but have similar ideologies behind the villains.

So before I start I should mention that there are going to be spoilers ahead. I usually try to keep my posts as spoiler free as possible, but since I will be talking about the villains in both of the films, if you haven't seen them then I would probably just leave now. 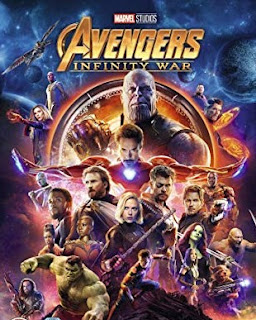 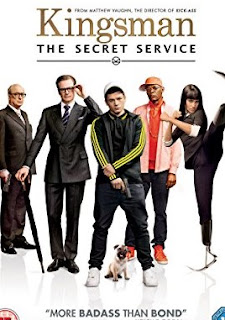 Right, now that's out of the way, on to the main thought behind this post. Obviously Kingsman is a funny and charming spy movie, and Infinity War is a comic book movie so you wouldn't think that there would be parallels between the 2 if you hadn't seen the films. However, watching Kingsman actually makes me think that Thanos is not necessarily as evil as I first thought.

Don't get me wrong, I still hate Thanos because he killed all of my favourites, seriously I saw the film 3 times and cried my eyes out every time Spidey bit the dust (pun intended). But if we compare Thanos to Richmond Valentine who is the villain in Kingsman, then he doesn't seem quite as bad, or at least his intentions seem more pure.

Both of them have the same basic idea, wipe out half of the population in order to improve the quality of life of the ones that remain. I can kind of see the thinking behind it even if I completely disagree with them. However where they differ is the way they go about achieving their goal.

Thanos of course does some awful things to get the infinity stones, and Loki might even be more heartbreaking than Spidey (seriously that film had me shouting at the screen by the end), but when he did get them he snapped his fingers and half of the planet ceased to exist. He had no say in who went, it was completely unbiased.

Valentine on the other hand was incredibly elitist and saved those that he determined as worthy of saving and left the rest to rip each other apart. He saved the wealthy and influential, he was completely biased. The rest of the world didn't just cease to exist, had he succeeded their end would have been full of pain and bloodshed, because he designed it that way.

That right there is why I think Thanos had the more pure motives, what he did was wrong, but I think in a warped way he genuinely thought he was helping. Valentine pretty much had a God complex (not saying Thanos didn't), even comparing what he was doing to God sending the flood and saving Noah.

So, by now you've probably figured out why this section is labelled ramblings. But the basic conclusion here is Thanos is a d*ck, but Valetine was worse. If you agree, or if you disagree then feel free to comment and tell me why.
Posted by Nicola at 19:47