For three generations the genetically altered Corban family have hid their talents from the Defence Department to avoid conscription.

Genetically altered at conception, William and Belinda begin this saga and pass their genetic cocktail to their children. The mixture of talents each character develops can at times be a blessing and, at other times a curse, preventing them from giving into their heart's desire. Intelligent, multi-talented, yet pretending to be boringly normal these characters continue to live their lives under the radar.

Follow the family's trials, loves, and achievements in this thrilling series of paranormal romances. 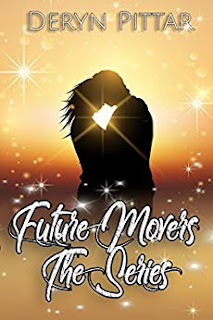 Well, due to the fact that it is the summer holidays and I've been busy keeping my kids entertained, I haven't been able to read the entire series yet. Although based on what I have read so far I most definitely will.

Despite the last book being the most recent, I decided to start at the beginning rather than just read the latest one for the blog tour, and so far I'm very glad that I did.

Just the prologue had me intrigued, in fact I'd go as far as to say that the 7 year old versions of the characters actually made me preemptively love their older counterparts, and that was before I even started the chapter one.

The premise behind the books is a great idea, children hiding their gifts in order to escape and live normal lives, and then going on to become a romance.

The main characters of Wills and Belinda are charming so far, and their first encounter was a perfect example of a 'meet cute'.

I definitely can't wait to continue with this series and see what other characters and romances I am yet to discover. I may add another review to my blog once I complete the series, although as always I will attempt to keep it spoiler free. 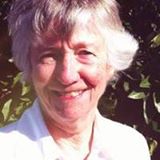 I write futuristic and fantasy fiction, spiced with romance and adventure. This allows my imagination to run free, to create interesting characters caught in unusual circumstances and events. Sometimes I have the pleasure of watching science and technology catch up with my imagination.

I also write Young Adult, short stories and flash fiction; articles on writing and I am published in these genres. I self-published a children's rhyming book and once won a prize for a short screen script.

I'm a published poet and I endeavour to put my poetry skills into my fiction writing to enhance the word pictures I create.

I live in the Bay of Plenty, New Zealand which lives up to it's name. I belong to the Romance Writers of N.Z., Tauranga Writers, and Spec.Fic.NZ (speculative fiction NZ).
Posted by Nicola at 22:05 No comments: 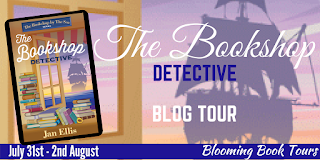 When a ghost ship is spotted on the horizon one spring evening, bookseller Eleanor Mace decides to investigate the myths and legends of Combemouth, the seaside town where she runs The Reading Room. As Eleanor digs deeper into the town's history, she becomes intrigued by a Victorian crime report and is determined to find out what happened to a boy at the centre of the case - one with intriguing links to the present.

As Eleanor begins to uncover the truth - aided by the vicar but somewhat stalled by the local librarian - she has an unexpected challenge on her own horizon. Daniel - her husband of six months - is determined that they give up their separate homes and find a new place together. But Eleanor adores her cottage by the sea and resists, guaranteeing that things turn a little frosty as summer begins.

A celebrity book launch, an exploding dress and some salsa dancing pensioners make this a mystery with a difference. 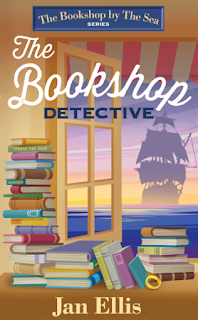 After reading the blurb I wasn't 100% sure what to expect when I started reading The Bookshop Detective, which was quite nice, and I must say I was pleasantly surprised.

I definitely enjoyed the mystery aspect of the story of course, I mean who doesn't love a good mystery, especially about a ghost ship, however, since I don't want to spoil the story for anyone I won't say much about that.

Although I did enjoy the mystery as I said, the thing I enjoyed as much, if not more than that, was the rest of Eleanor's life outside of it. I've said in a previous review that the thing that will really endear me to a book and make me want to keep reading is when I fall in love with the characters, and I did that with Eleanor.

There was so much happening in her life outside of just the main story that it made her feel incredibly real which is what I really enjoy. Her relationship struggles and her friendships are what had me risking my tablet to read it in the bath because I wasn't ready to put it down yet.

I honestly really enjoyed it and would probably read it again even though I already know what happens (I always find myself going back to characters that I love), so I would definitely recommend it as a good read. 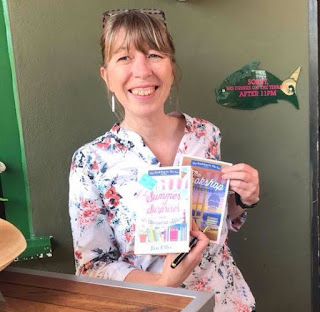 Jan Ellis began writing fiction by accident in 2013. Until then, she had led a blameless life as a publisher, editor and historian of early modern Spain. She fell into fiction when a digital publisher approached her to write a history book, then made the mistake of mentioning women's fiction, which sounded more fun.

In 2017 her four e-novellas were published in paperback by Waverley Books who also commissioned a brand-new title, The Bookshop Detective.

Jan describes her books as romcom/mystery with the emphasis firmly on family, friendship and humour. She specialises in small-town settings, with realistic characters who range in age from young teens to 80-somethings.

As well as being an author, Jan continues to work at the heart of the book trade. Jan Ellis is a nom-de-plume.
Posted by Nicola at 19:20 1 comment: