Countdown to Comic Con - 2 Weeks to Go! (sorry it's late)

Firstly I need to apologise for this post being a day late, I was rather busy and forgot that I hadn't scheduled it to post. I will make sure it doesn't happen again next week. Sorry everyone.

Well guys, it's 2 weeks to go, just 15 days until comic con and I am not even close to being ready. But before I get to that, something devastating happened this week. Not devastating for everyone, but it was for me. Aidan Turner was announced for comic con this week, and I was so excited, until I saw that he's Sunday only, and I'm going on the Saturday. I went from be still my beating heart, to heart broken in a matter of minutes. I'm gutted guys, although considering how much it is to have a photo with him it might be for the best.

So, as far as my cosplay goes, my sewing machine has busted so I haven't stitched the skirt yet, I'm hoping to borrow my friends machine this week or next week. So It's stilled just pinned, although I'm considering just doing it by hand so that I get it finished. I did however re-pin parts of it to get the pleating more in line, so hopefully it will look better than it did. 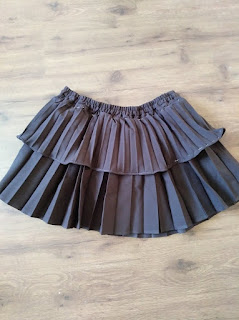 I've made some more hair bits now, and they're coloured now so it's closer to being done. I was toying with the idea of getting a wig rather than dying my hair, but I'm not sure I'd be able to style a wig properly, which is a shame because if I used a wig I'd be able to glue the hair bits straight on to it. So I've went out and bought the hair dye and I'm going to dye it and do a hair run through this week. 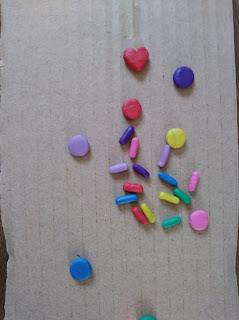 I'm also going to do a make up practice run this week I think, so you might end up with a photo of me looking like a clown next week. Although I suppose it's better to look like a clown now than just do it and look awful on the day.

So, I've been having trouble finding the right coloured dye for the hoodie which is a pain, I got some fabric pens that might work, but I'm not sure if I'll be able to just sit and colour it in, so I'll have to keep working on what to do about that one. 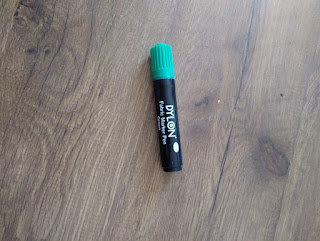 Honestly, with 2 weeks to go, I am so much further behind than I ought to have been, but over the next 2 weeks I will be getting everything ready as quickly as I can whilst still making it look good. I'm hoping by next week I'll have a rough costume to show you with just the finishing touches. Fingers crossed.

I can't believe comic con is only 2 weeks away now, I'm getting crazy excited. This year I don't think any of us have any diamond passes that we need, however for anyone that is going, the order I would suggest for the morning is to go to get any virtual queue tickets you might need first, the if you have any diamond passes go get those, and then once you've done those 2 things you can sort out a plan of action for the rest of the day.

Also, make sure you look at a map to have a rough idea of layout, and if you have talks and photoshoots then I would recommend either printing a schedule of saving it to you phone so that you can keep an eye on times for what you're doing, and so that you don't accidentally go to the wrong photo area.

Don't forget that the contest is still running to win the Kaylee bear guys, good luck, and to anyone else going to comic con I hope your cosplay is going better than mine.
Posted by Nicola at 11:57