Well guys there are now only 4 weeks and 1 day to until London Film and Comic Con. I'm getting really excited now. More guests keep getting announced, and every time they post saying that there will be an announcement the fun of guessing just adds to the excitement, and even if it isn't someone I want to meet it's nice seeing the reactions of people who do want to meet them.

Right now for me the main person I want to meet is still Jewel Staite. I'm on a bit of a budget this year so I can't be frivolous and just meet anyone that's a passing fancy. For example, I'd love to meet Jason Momoa, but it's expensive and unlike Firefly isn't something that I love so much and absolutely can't miss.

Since I mention how much I love Kaylee you might be wondering why I'm not cosplaying as her, and the answer is that I've done it before. Me and my friend Andy (who is going to be Ralph to my Vanellope) went as Mal and Kaylee to London Film and Comic Con a couple of years ago, but I prefer not to be one of many, and I assume there will be a LOT of Kaylee cosplayers this year since Jewel Staite will be there. 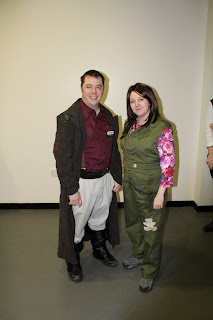 Now, speaking of cosplay, you might be curious as to how much I've done on mine so far, and the honest answer is, not nearly as much as I'd like. I went to start work on the hair pieces and realised I needed to get needle nosed pliers to make it easier (side note, as a woman with no one to do my DIY for me I really need to get some tools). I had to wait for them being delivered, but I have now made a start on them and you can see a few of them below. 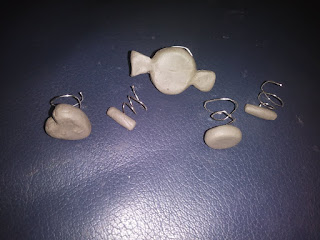 I still have a lot of work to do since they need painting, and I haven't even started on the skirt or tights, however most of it is going to be fairly simple once I get started on it. The skirt will probably take a few hours so I can do it over one or two evenings next week. The tights, I'm trying to find the right colour fabric paint for them which is hard to judge online. If anyone has any recommendations then please feel free to comment. 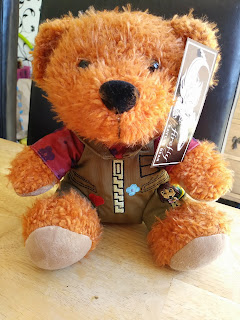 Hopefully I'll have more progress to report on my cosplay next week, however as promised, this week I'm holding a giveaway. You can win the adorable Kaylee bear, the winner will be announced on the 27th July, which is the night before comic con and the last in my countdown to comic con series. Kaylee Bear Giveaway
Posted by Nicola at 06:37